MVP Version: What Is It And Why Do You Need It 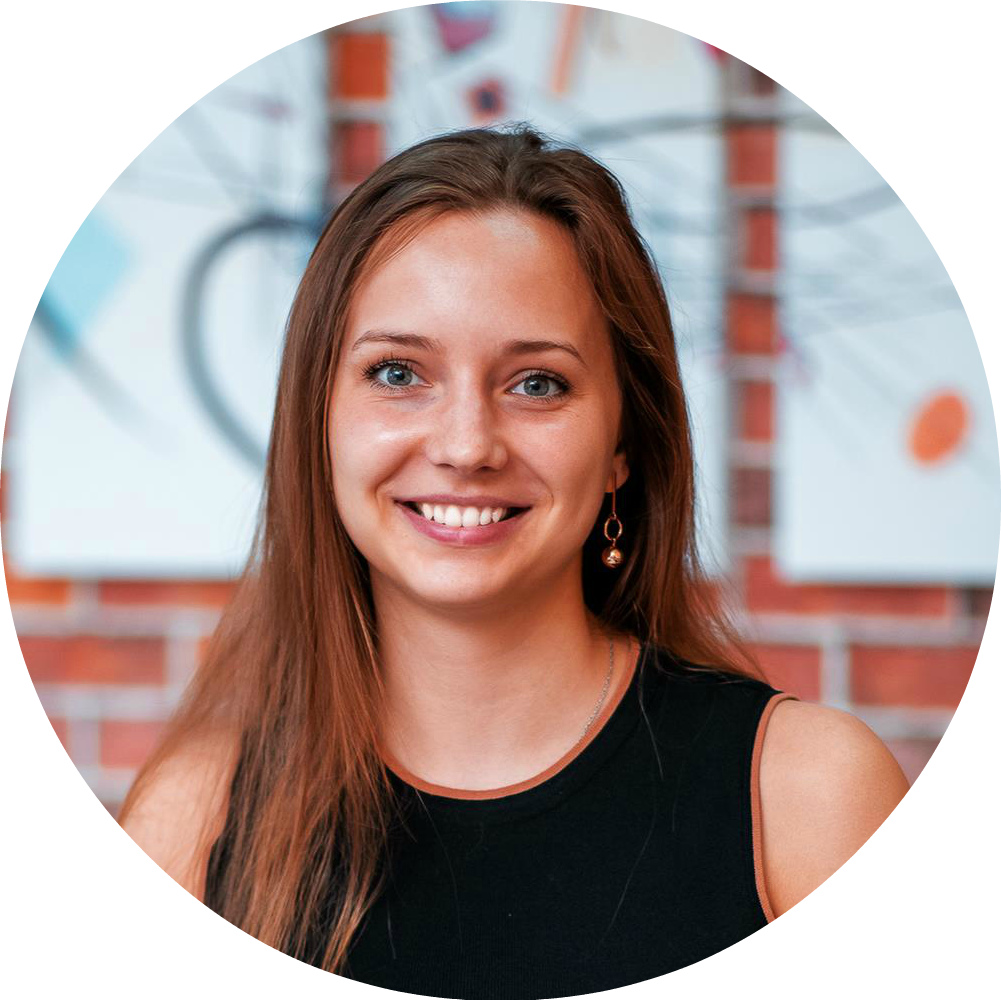 It is a common situation, both in large companies and in startups, when there is a need of a custom created software, application, landing page or another digital project. Besides, rather often this need has only a hypothetical definition and this hypothesis needs to be verified.


Simply put, at the initial stage of planning an IT project sometimes it is very difficult to say whether it will find its interested audience in the market. In such situations this product has to enter the market in a minimum viable version or MVP (minimum viable product) — a complete release version of the product, and not a draft one.


MVP has minimal functionality and its development takes minimum amount of time. It often happens that during the initial planning of an IT product, its functionality not only meets the specific goals for which the product is created, but also has the maximum set of functions planned by the customer, many of which are just to adorn the main features of the product.


Here is a simple example: we were developing a foodtech application for a fast food network, and the customer wanted the application to have a built-in loyalty program, the ability to give feedback and even receive constant unique content directly by smartphone. Besides, the deadline for creating the application was also limited due to the high competition in the foodtech market today.


Such functionality requires a significant investment of time and therefore we divided the creation of this application into several parts, proposing to release the MVP version of the app in only 3 weeks so that the service could work and we would receive first feedback from real users. At the first part of development we have implemented all the core business functions that are vital for the company and for the app, without any optional features that are not necessary for the first release. After the MVP was released, we updated the application with new features weekly. 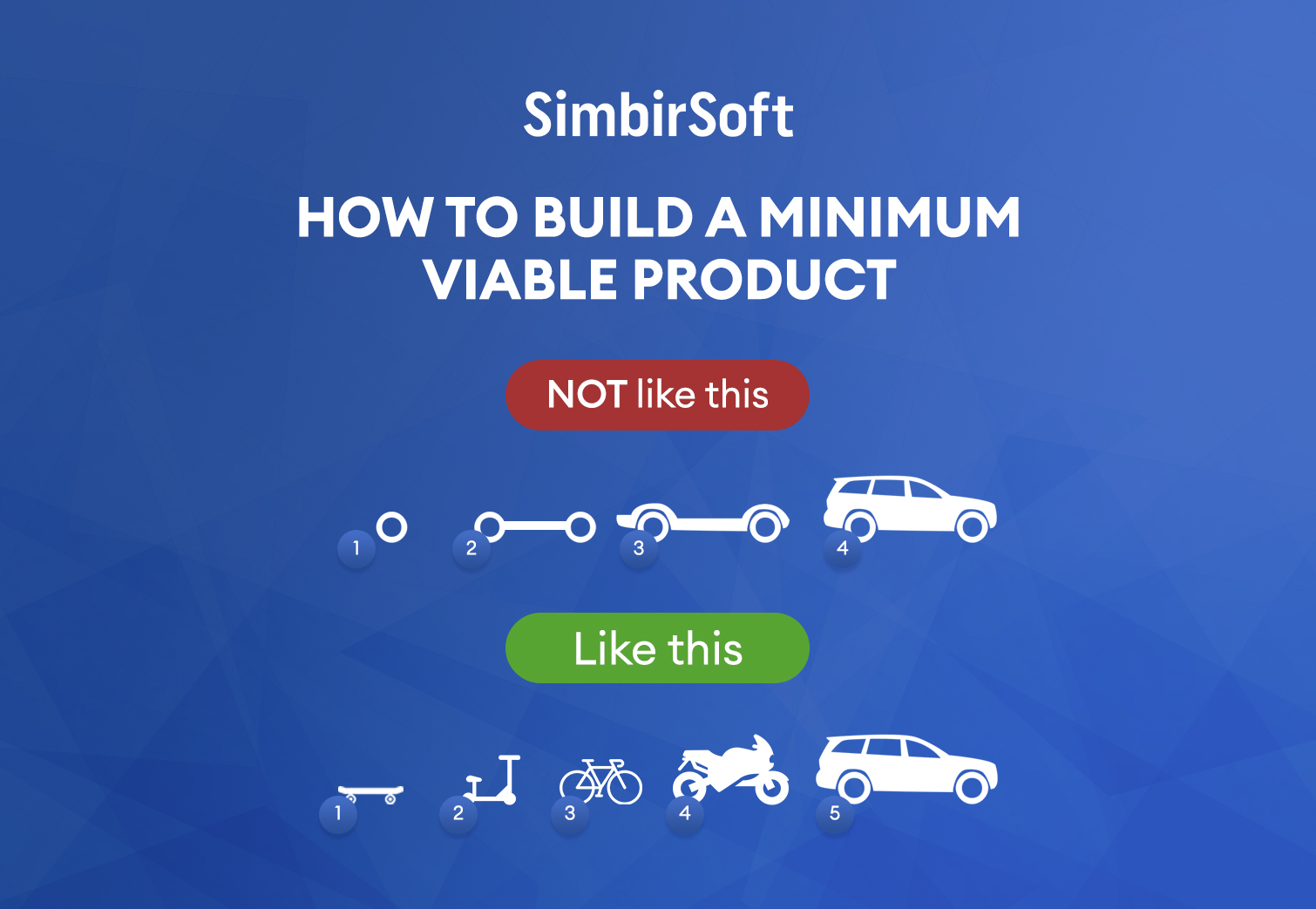 Creating an MVP product, we always try to take into account several important requirements to avoid common mistakes. Here are some of them in the MVP preparation process:

1. Making “Perfect” is not an Option

One of the most common mistakes in MVP development is an attempt to make the perfect product.


Remember that at the stage of MVP creation you do not need to focus on a fashionable or expensive design rather often. All that is required is to implement all the key functions of the product and receive feedback from users as quickly as possible. After all, if users are not interested in your product, then no design will save it.


Note: this Rule does not concern the special projects that are build around its design, for example landing pages made for lead generation.


This Rule applies not only to design and functionality, but also to a cross-platform possibility and so on.


An example from our work: we developed an application for a charity fund that would fulfill several goals:

The MVP version of this app has been finished in just a month and it included only the main opportunity of quick donations that could be made in less than a minute (based on independent testing usability). After the MVP release, the client was able to receive the first feedback and donations, and we began to add new functions to the app.


Today, the end product has a large number of features that could not be included to the MVP. Through the final product users learn about charity events, latest news and different needs from the application. After the MVP release we developed an administration panel and trained the partners of the organization to add news, events and track the money flow.


2. Pay Attention to the Feedback and do not Forget to add the Announced Features

You won’t believe when you find out how many companies and startups ignore user feedback after presenting the MVP version! Even though, that the most common idea of creating an MVP is to test the hypothesis.


If you will ignore the feedback and will not work with your audience, then the probability that you will not succeed increases much. Here are the key metrics to watch:


3. Rely on the Experienced Company

Ordering the development of an IT product, you may doubt about the quality of the minimum product that will be created rather often. You might think that the developer is going to save on everything while developing MVP, but this is not at all the case.


We always try to maintain “quality-time-costs” balance while creating any MVP product, because we understand that MVP is the thing, which cannot be underestimated. It is one of those times, when users first encounter your product and if something goes wrong, it will be almost impossible to return them back.

The rule is that MVP is not JUST a part of the product, IT IS NOT its alpha or beta version. It is always the end product! Future updates and releases only expand its functionality without changing the main idea.


It’s the same as launching a wheel on the market, then a second one, then a vehicle body and so on. No one does that, because no one needs wheels without a car. People only need an end product. Therefore, this theory is called a Cupcake — at first you present only a cupcake, and then the whole cake. This picture demonstrates the comparison very well.

There are a lot of large companies in the world, which began to function with the MVP. Here are some examples of such companies:

The idea of creating a service that would allow a traveler to stay somewhere for a short time without having to rent a hotel or apartment came to the founders of Airbnb, Brian Chesky and Joe Gebbia by chance. They simply decided to rent their apartment in San Francisco to the design conference visitors.


All they needed to create their MVP was to design a simple site and take pictures of their house. After a great number of interested people, they realized that the demand for such housing is high and began to develop a product. What came out of it now, you can notice for yourself — Airbnb is a world leader among companies engaged in short-term rental housing and the company is not going to give up its market position for sure!

Spotify MVP developers focused on a single feature: music streaming. Having studied the data of closed beta testing of the application for Windows, the founders were able to sign contracts with large record labels and receive significant funding for their project. Now the service has more than 200 million users, and its cost is estimated at 32 billion US dollars.

Foursquare MVP included check-ins and badge rewards for them. Having studied the user reaction, MVP developers began to expand its capabilities by adding recommendations and city guides.

Summing up the article, we wish to highlight the following features of the MVP version once again:


What do you know about UX and UI? We wrote a really simple article describing these two terms: What is UI/UX and What is the Difference


That’s how we work with apps that needed to become perfect and there is only a month for that: How to Bring an App Back to Life After Failed Development in Just a Month